George Maynard Beare was my great great grandfather. He was born on 12 March 1826 in Bandon, Co. Cork, Ireland, a son of John Beare and Elizabeth Maynard. As well as farming, George was also involved in building and decorating. At the age of 29, on 26 June 1855, George married Susan Smyth, daughter of Thomas Smyth and Martha Bateman. The ceremony took place in Rathclaren Church, Kilbrittain, Co. Cork.

George and Susan had six children, all born in Bandon. 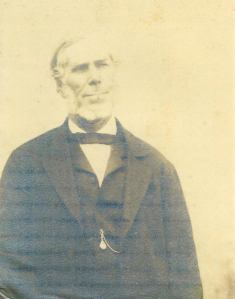 After nearly 50 years of marriage George died on 19 June 1904 and was buried in Bandon. He was survived by his wife Susan, who died on 23 January 1920, and three of his children John, George and William.